Apply and apply. You will find an opportunity sooner or later.

I’ve met many people from a developer community who gave me inspiration and tips about where to start searching. I was decided to apply for an internship at Google, contact AIESEC and StarLift.

I’ve also reviewed and updated my website and asked my friends for a LinkedIn reference. My search for an internship has started at the end of November 2018.

The least real option was a good start. Google offers internships for students and a possibility to try to work for Google or Facebook would be like a dream. However, these companies have a lot of candidates and selecting process is more strict. I didn’t expect anything but I wanted to try to apply. Now in retrospective, I think I should try to look for Facebook opportunities but I was mainly focused on Google in those days because I’m interested in Google technologies thanks to GDG. Sending an application had a small delay because I had some community and university projects at the end of the year. I’ve sent 3 applications in the end. 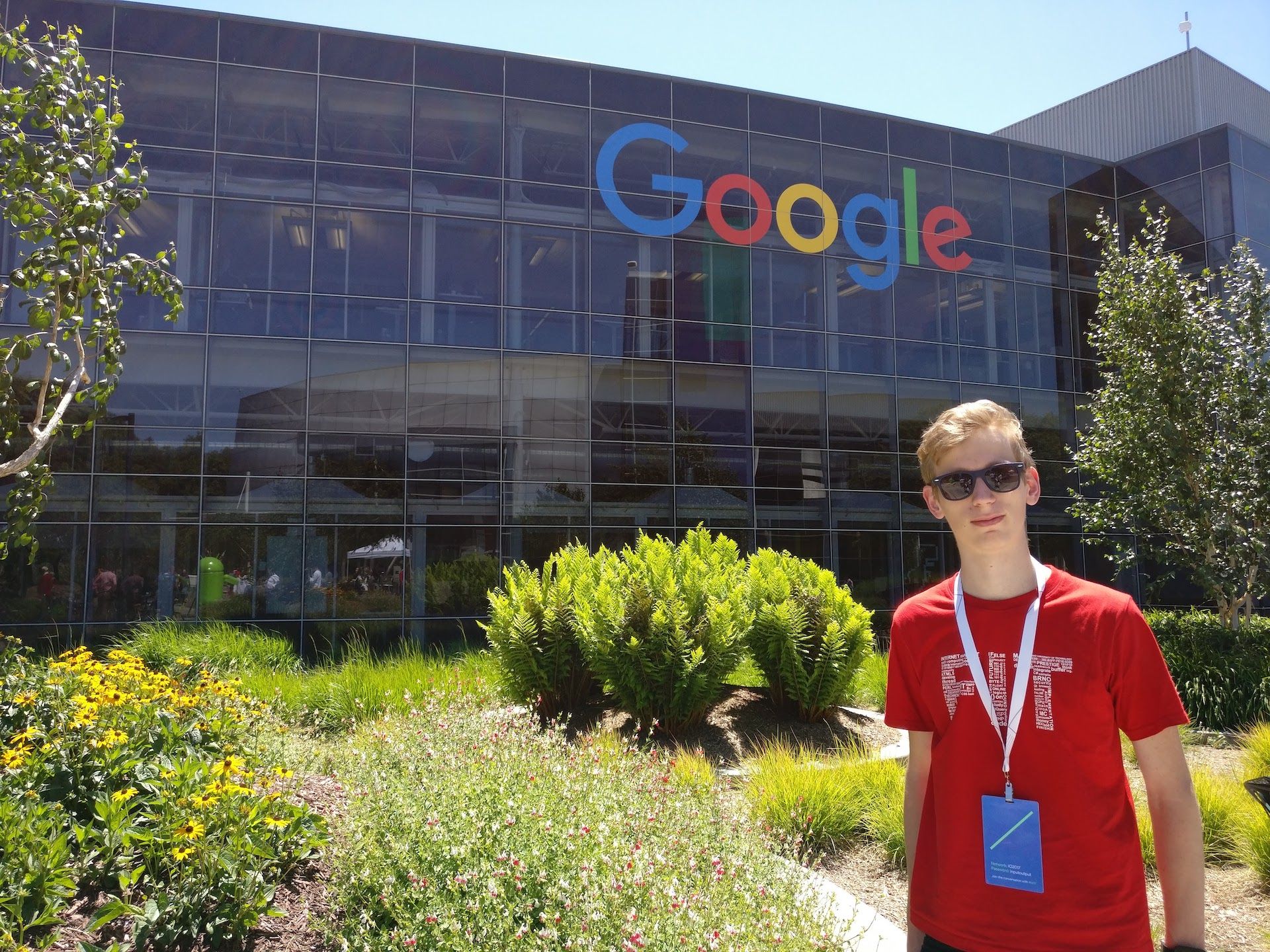 A few days ago I was surprised. I have a special email address at my website which is for questions, job offers, etc. In the case of job offers, I’m trying to ask for a special subject and not so many recruiters comply with this request. I was really surprised about one job offer in my inbox with the subject “JOB OFFER: Microsoft graduate opportunities” because I’m not using many Microsoft technologies. Last but not least, Microsoft complied with the request.

I had the first round of interviews and I’ve got an email after this interview that unfortunately, I didn’t pass to the second round. The interview lasted 30 minutes. There were parts such us describing a recursion to a 6-year-old child, the biggest problem in teamwork and my contribution to the problem solution and also there was a puzzle. I didn’t understand the meaning of one question and it is a nice example of a strict line of each interview. A recruiter asked me about the biggest project in terms of lines of codes. I thought about it a little and then I answered with one project. However, there was an additional question for the lines of code number of that project and my percentage. I didn’t know the answer. I’m not good at estimates almost in every subject e.g. population. I also didn’t want to answer with the wrong number so I tried to explain that lines of code number is not a good developer metric in terms of quality, etc. but we didn’t move until I answered with some two numbers.

I was glad for the interview. It was the first interview after some time and also in English so the interview was for me more like a preparation for a more important interview. I was a little bit disappointed about the feedback from the interview. In other words, there was no feedback. What about Google? I received only one human-written response but a result was same as other applications: Unfortunately, I didn’t get a chance to have an interview.

I’ve remembered one 3 years old podcast episode with Lenka Kučerová. Lenka presented StarLift organization which is helping young people to find a job in Silicon Valley. Besides, my friend Michal Šimon was also connected with StarLift. They had an outdated website so I wanted to write an email with a question about their activity. However, they updated the website before the email writing so I filled in their form and also I recorded a small video…

I’ve never received an answer from StarLift. Maybe I would try to contact them in another way but I changed a little my opinion about Silicon Valley in those days and there was a contact with one company directly. Now, it does not make sense to write some details but I was interested in this company because the company has an office in London and they have a very interesting field of subject for me. Unfortunately, a result was the same as with Google - no interview. On the other hand, I’ve got their homework and it was some other experience.

I know AIESEC for many years. Even my friend told me about AIESEC before I started to study at university. If you don’t know AIESEC, take a look at their website or meet with some member. They can describe their mission better than me.

I was waiting with the first application because a start date usually didn’t match with my final exams at the university. I decided to send an application regardless of the start date after the London company. The main reason was to be in contact with companies. I’ve sent 4 applications and 2 of them received a response.

The standard process has these steps:

In the first case, it was necessary to send a cover letter with a CV and then I’ve got a response from a company. In the second case, I should choose a task (React/Java/HTML&CSS) after the first interview. I’ve implemented the task but I didn’t get any response but it may be affected by communication with the first company because I was communicating about the employment contract. A similar was with efforts to contact me directly where AIESEC members have found my public mail but they did not comply with my request.

AIESEC is a good organization because their members are young people who want to help you. One day I’ve received a mail from 3 Czech members and everyone wanted to be sure that I’ve communicated with someone. On the other hand, there is a fee. The most important thing is that you don’t need to have certificates (e.g. for English), you need to have skills.

I think it is possible to get an internship sooner or later for every person. In summary, I was disappointed about the result of the London company but I think that the resulting company is very good. It lasted some time but I also have an internship…